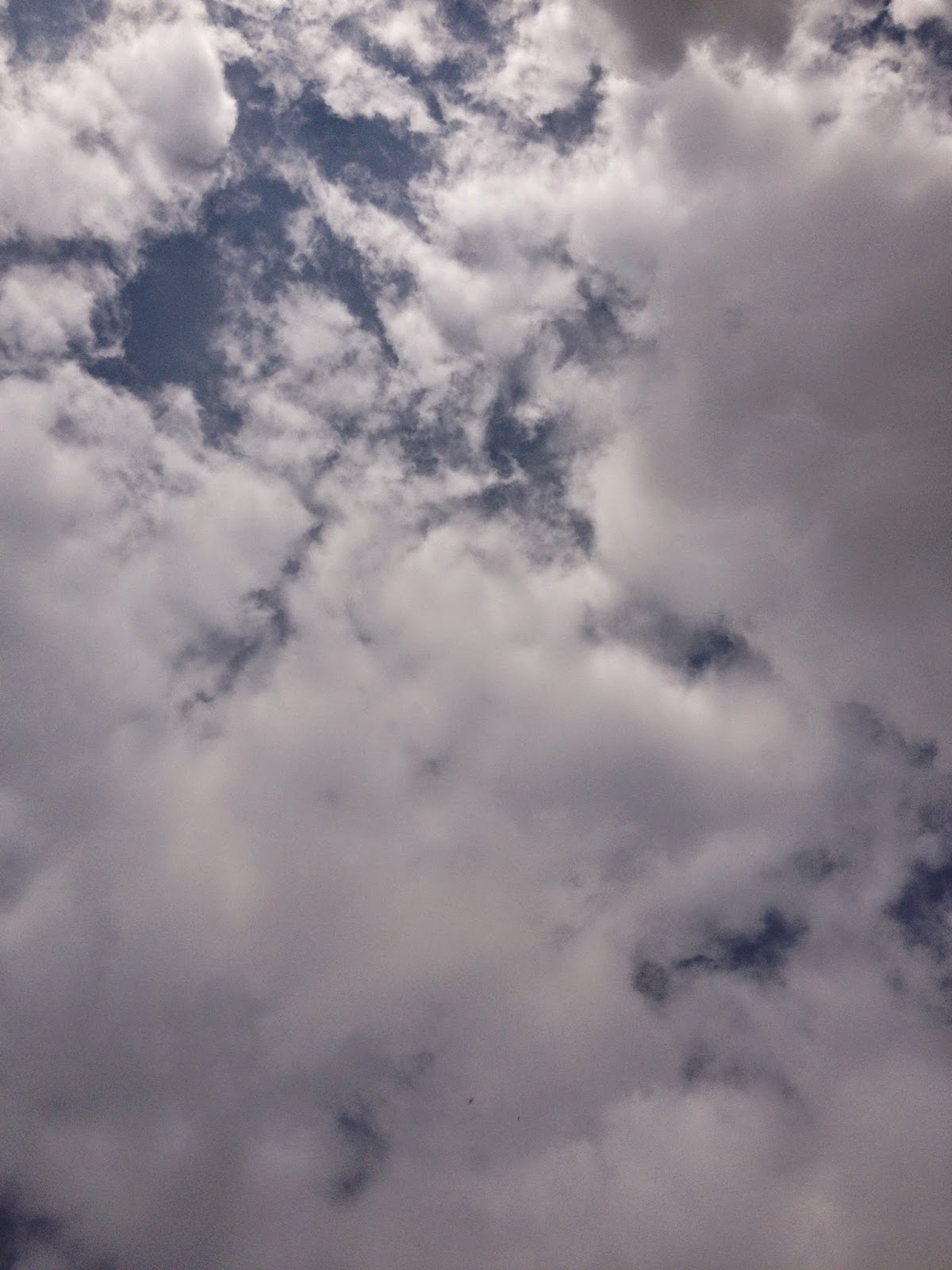 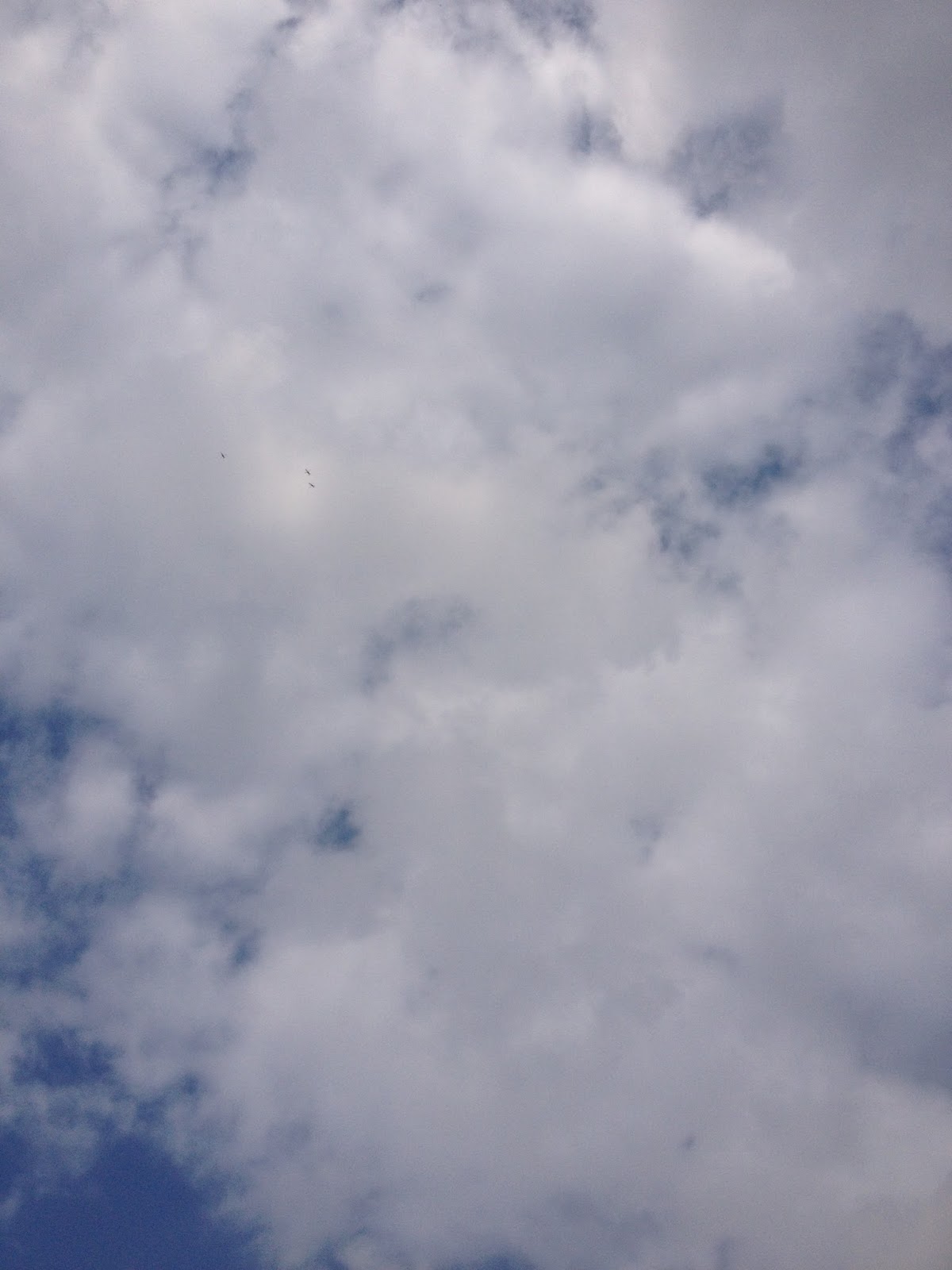 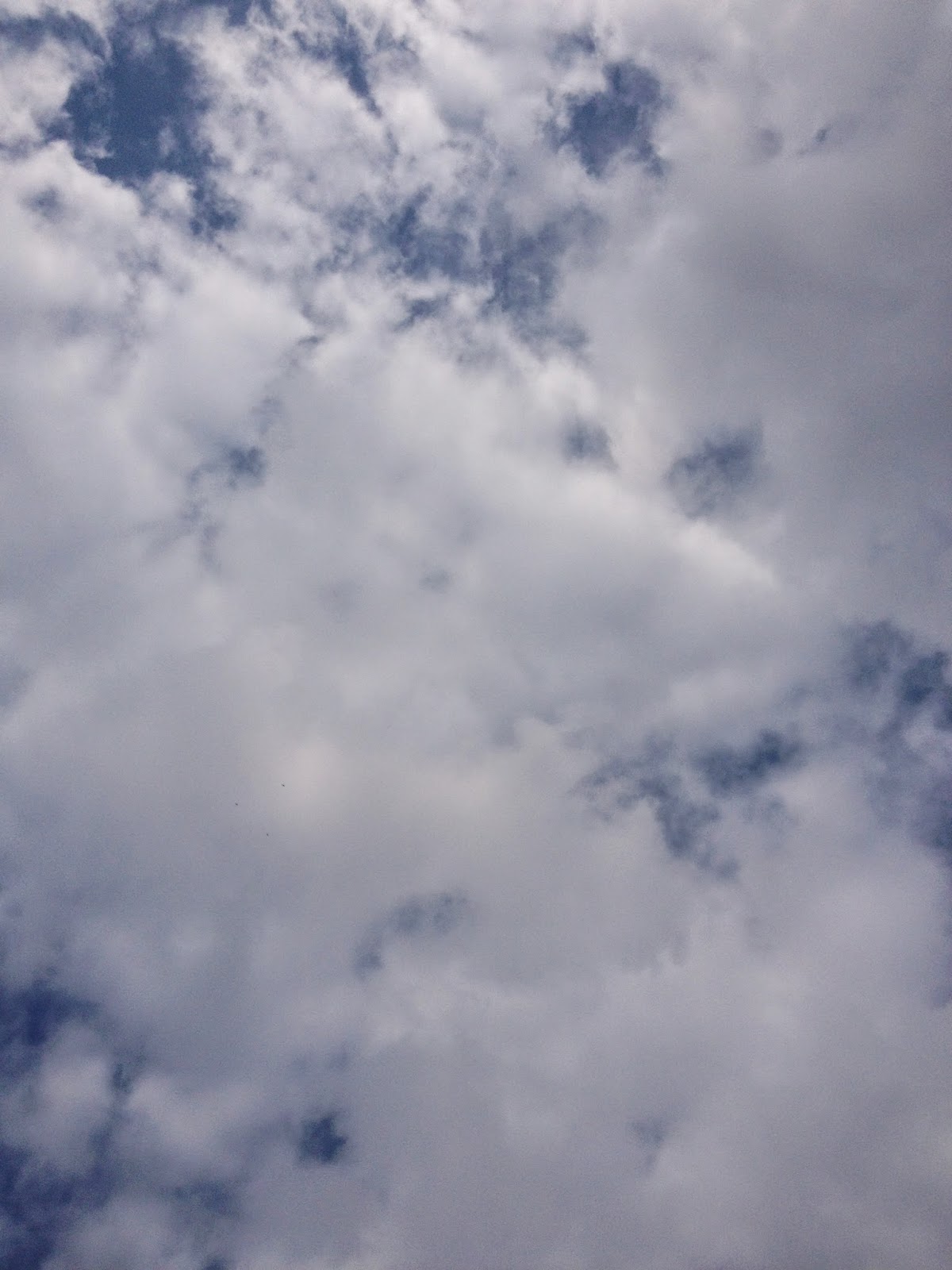 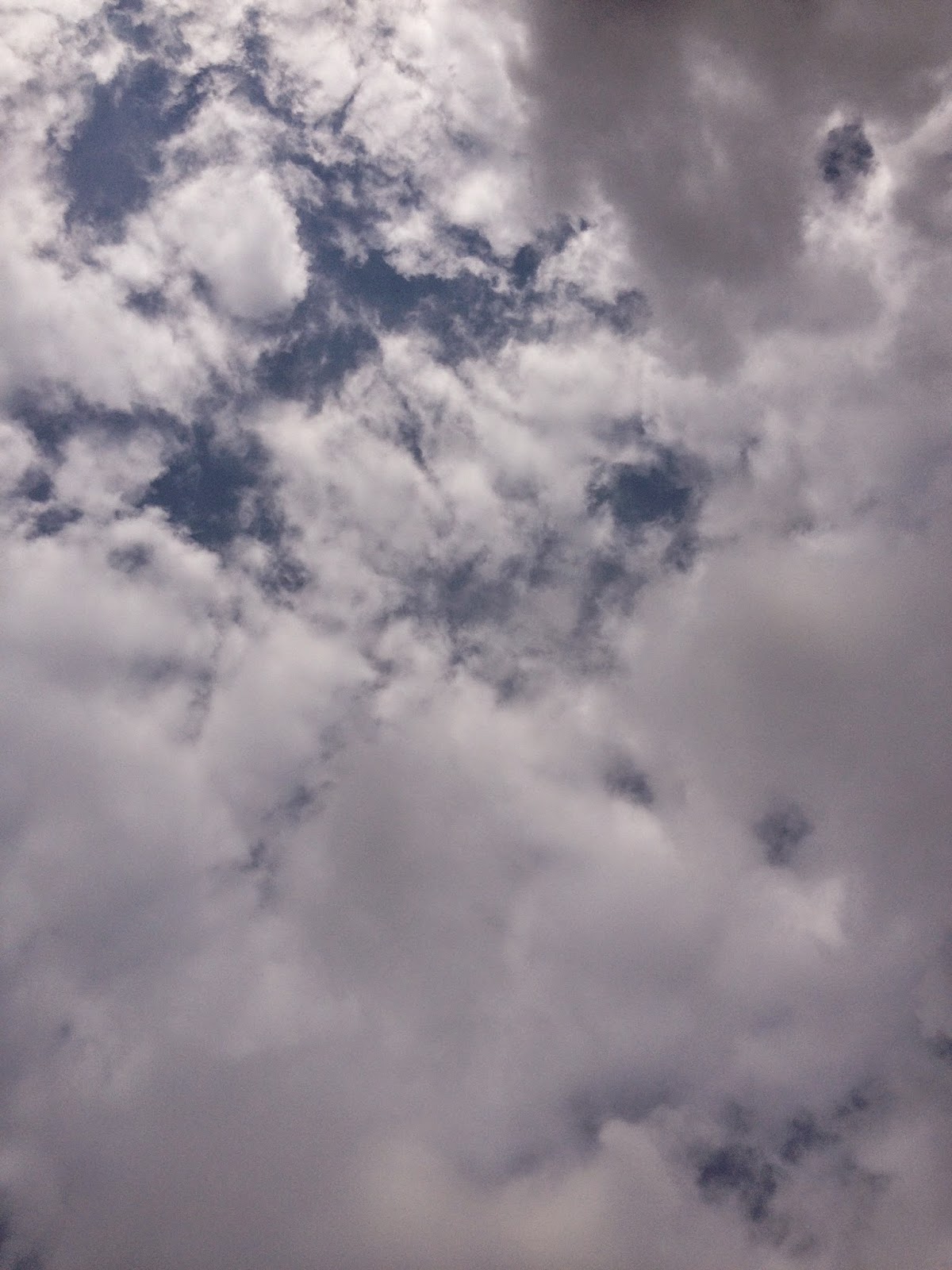 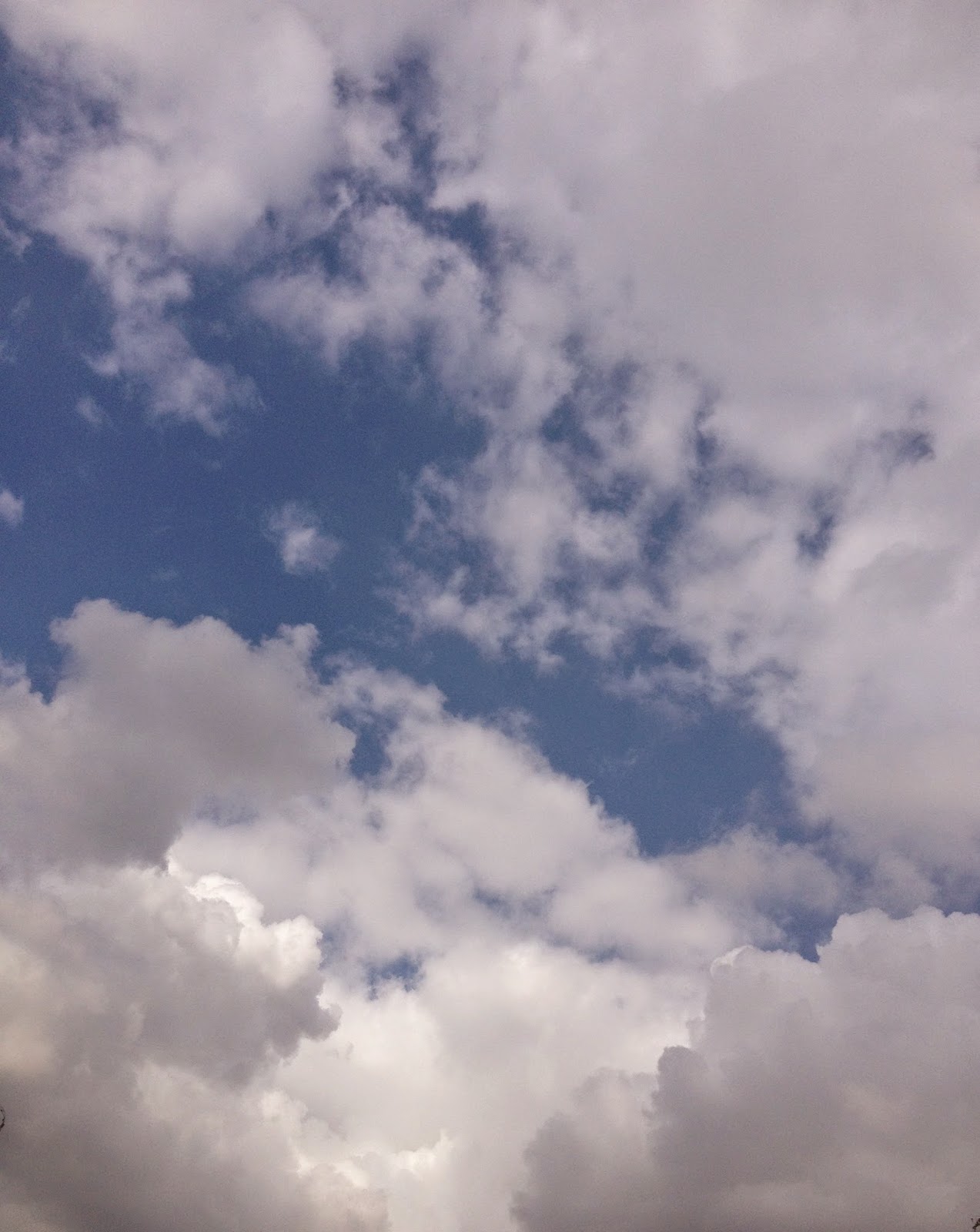 A Moment for Indigo 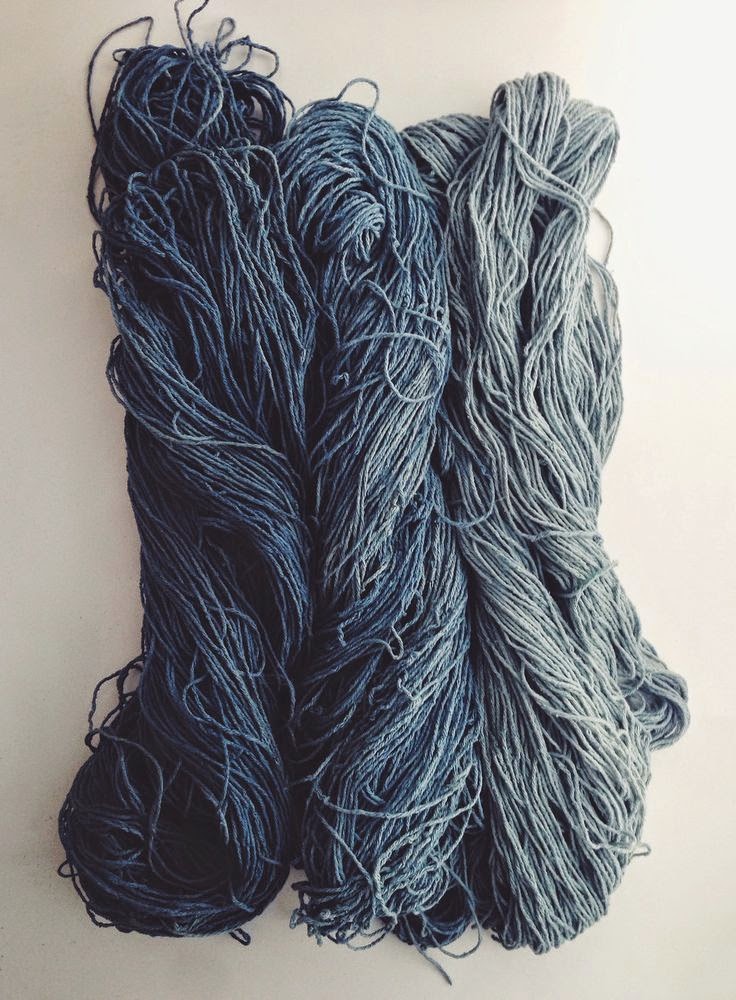 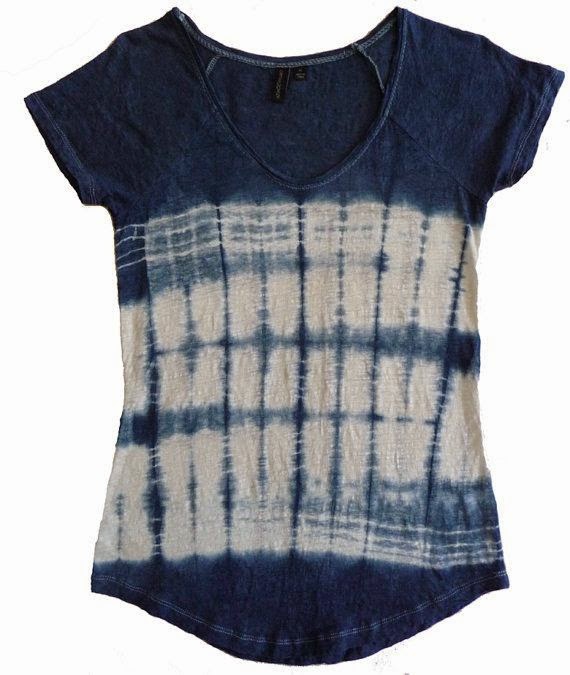 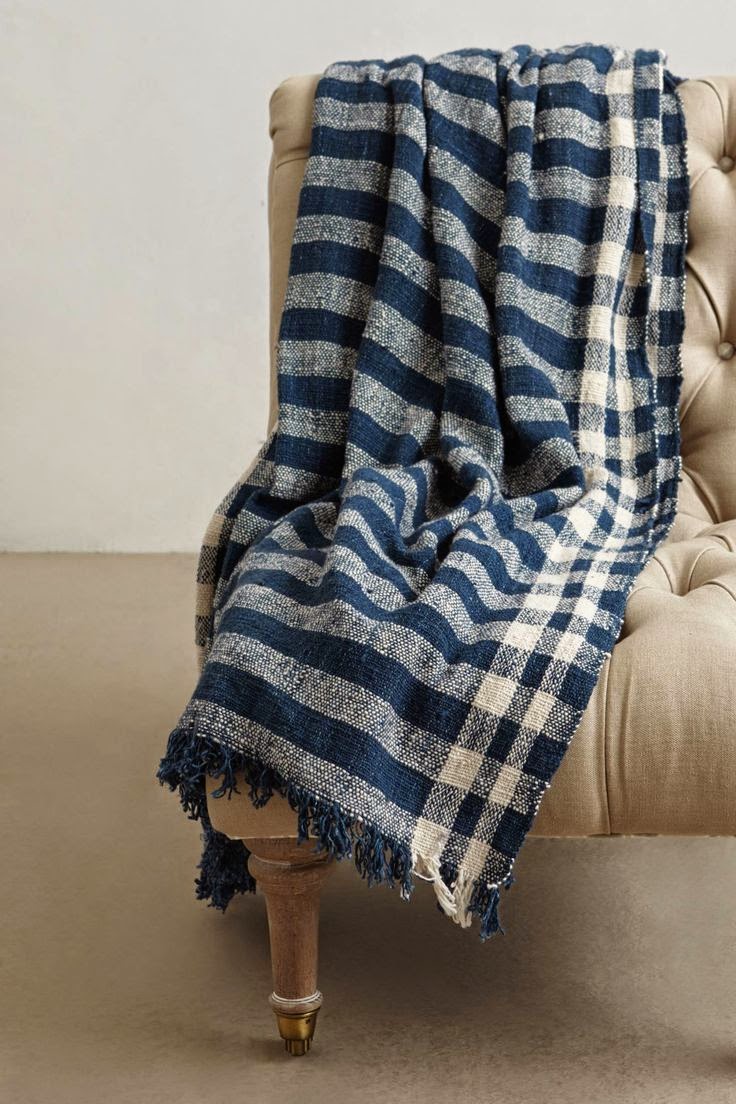 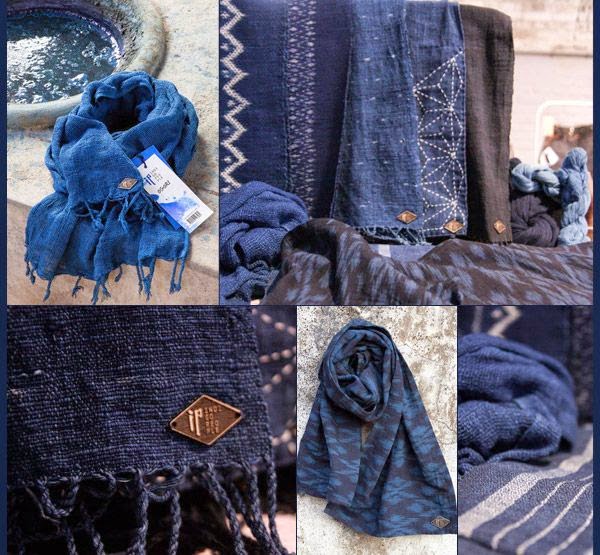 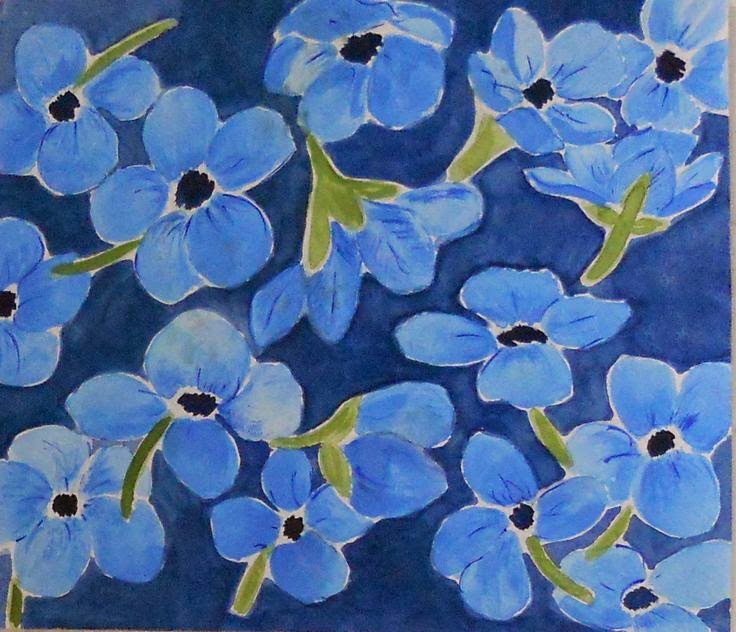 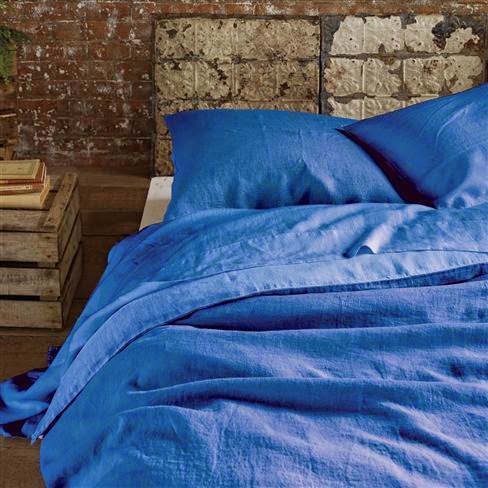 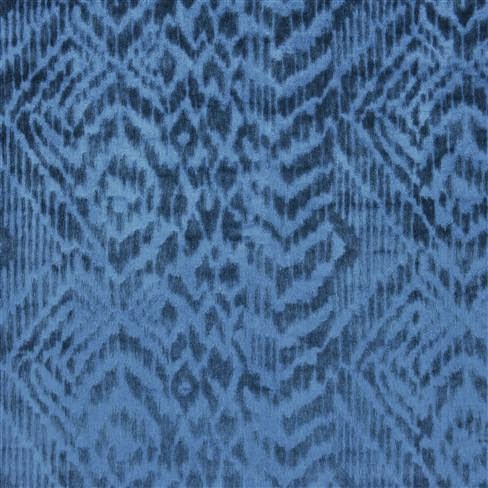 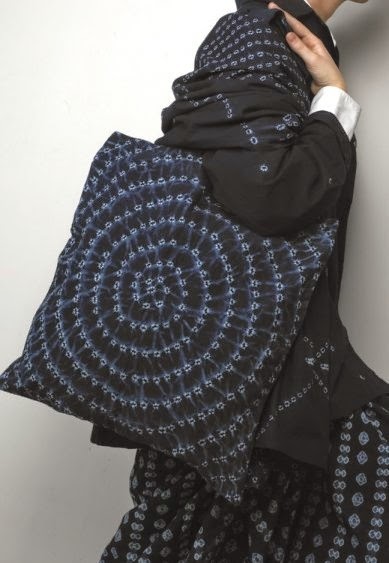 Posted by Kelly Fannon at 13:34 No comments: 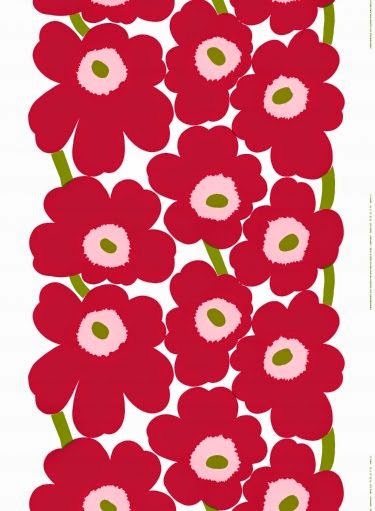 Unikko, poppy in Finnish, was designed in 1964 by textile designer Maija Isola while working for Merimekko.

This year the design is 50 years old and it is being celebrated in the many colors it has been printed. Since the 2000's it has found it's way printed onto every surface you can imagine, from shower curtains and bath towels  to mugs and plates, to Finnair passenger jets.

The simple, clean and bright pattern is still fresh today. It was created in protest, a real spirit of the period,  to the owner of Merimekko, Armi Ratia, announcing that they would never print a flower pattern. Maija, inspired by 60's Pop and the flower power movement ignored the ban on flowers and created the bold pink and red poppy blooms on a white background. It was an immediate success. It has never been out of print.


In the 70's it was printed in earth colors, by the beginning of this century it has been printed on a colored background and in 2009 the blooms became white on a black ground. Endlessly variable, always fresh and still retains that spirit of modernism: 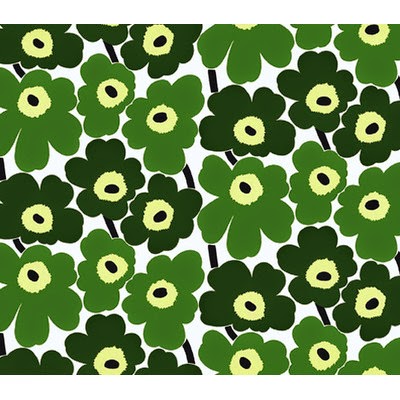 I have always wondered if this silk screen print by Warhol had something to do with the imagination of Maija Isola in the making of Unikko: 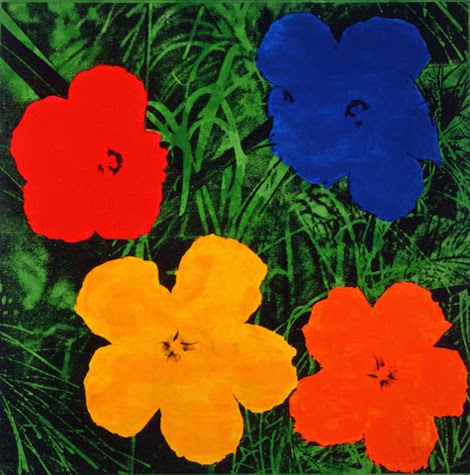 Posted by Kelly Fannon at 07:59 No comments: 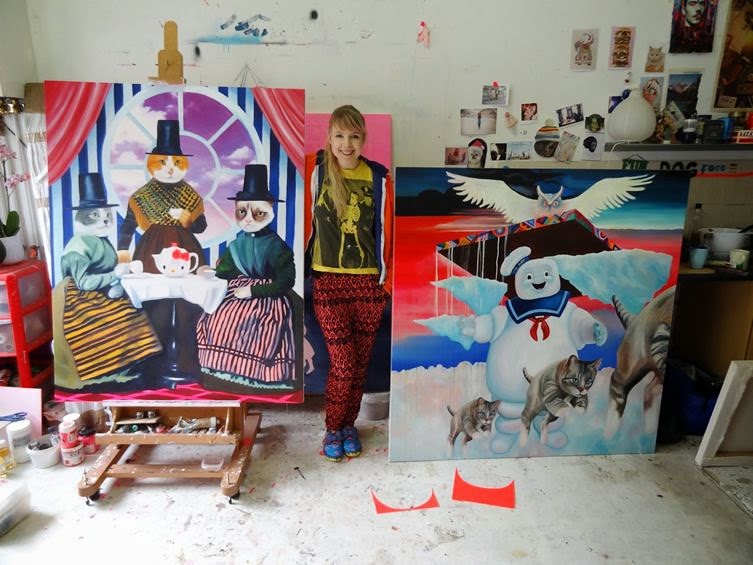 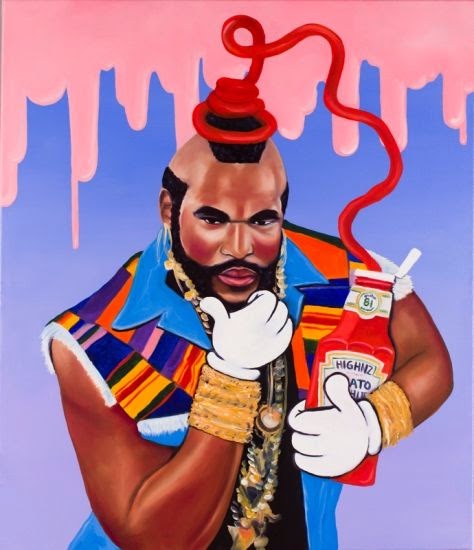 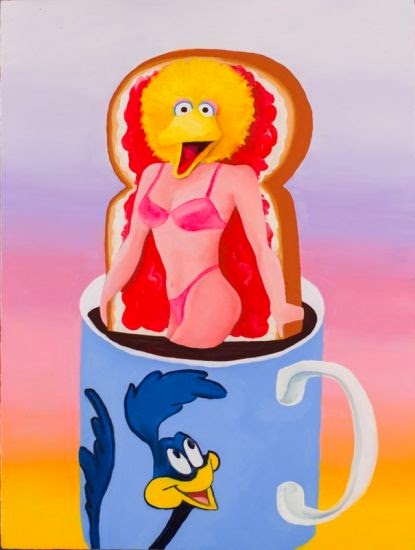 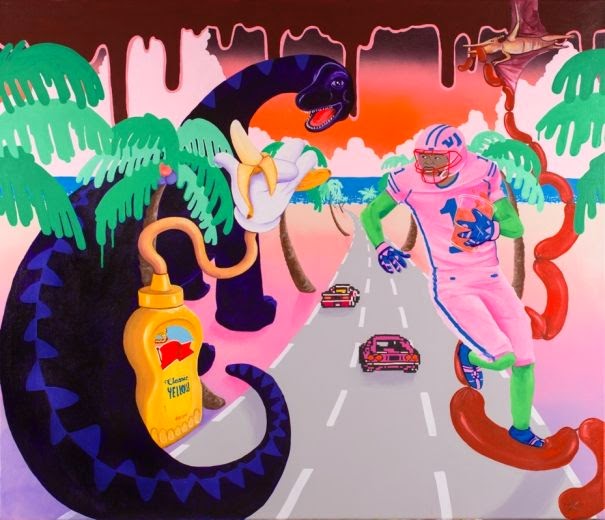 Last week I went to this exhibition called Super Future Kid, one of the painters represented by Rise Art. On entering the gallery I saw the paintings, my first reaction was: LA 60's, on closer look at the images and icons of American television and advertising I noticed all are from the 80's - 90's. Fun, I thought, great for kids rooms, until I spoke with Super Future Kid herself.

I asked did she grow up with a brother? No, she tells me, she has a sister but she was the tomboy. That is something I know and understand, I have 2 daughters, one played with Barbies, the other was a tomboy.

But what fascinated me was when she told me she is from East Germany, she was 8 years old when the Berlin Wall came down. After that event, an event that not only changed political maps, it changed the cultural influences.

Super Future Kid told me she had never seen such vibrant and bright images, never seen the tv shows of colorful puppets, muscle men, sports, cartoons and interrupted with brash advertising. Things I grew up with and saw and liked but ignored, part of the landscape.

We may see all these images as ironic, but for her it ignited her imagination, filled it with stories, images, fun and color,＃superfuturekid, I think her name tells it all.

Posted by Kelly Fannon at 06:26 No comments: